Notes from the Ashes

As of December 2013, at least 126 Tibetans have immolated themselves. According to Tsering Woeser, a Tibetan poet living under house arrest in Beijing, they are monastics, students and nomads. They are mostly young men, aged about twenty-six. But there are also older people, including a retired cadre of the Communist Party. And there are women, including a young student protesting a recent decision that Chinese would be the main language of the Tibetan regions, with Tibetan a secondary language. In Immolations au Tibet: La Honte du Monde (Indigenes Edition, 2013, with a cover by Ai Weiwei), Woeser presents the perspectives of these brave men and women.

Woeser explains that for Tibetans, Lhasa is like “a Jewish ghetto under Nazi power.” No Tibetan who lives outside Lhasa can enter Lhasa unless he or she has multiple permits, which are extremely hard for Tibetans to obtain. Monks and nuns outside of Lhasa cannot go to study with the teachers in Lhasa’s large monasteries. In the grassy plains, nomads are forced to lead sedentary lives with no prospect of work; the wide fields where their animals used to graze are being destroyed in the search for minerals.

As Tsering Woeser presents it, the self-immolations of Tibetan people can be seen as nonviolent acts of protest rather than acts of despair. These demonstrations of courage speak to and unite other Tibetans. Through the immolations, “the Tibetans want to express the dignity of a whole nation/people.”

Woeser writes, “In exchange for the lives of the immolated, awakening and action are starting to happen [in Tibet]. . . . In Darlag, where Soba Rinpoche immolated himself, hundreds of Tibetans spontaneously melted and destroyed swords, hunting guns and bullets, and swore that they would not hold any weapons, nor have disputes, nor steal, nor kill, and would endeavour to reinforce the internal unity of the Tibetans.”

In Immolations au Tibet, self-immolation emerges as the ultimate sacrifice for the sake of others. Self-immolation is about courage, about what Tibetans call the bone of the heart: “These heroic men and women who threw themselves in the flames are all part of these ‘bones of the heart,’ which are deeply buried inside the land of snow.”

Woeser collected nineteen “last wills and testaments” of Tibetans who self-immolated. Here is a selection of those final notes (as translated by Oiwan Lam for Global Voices).

There is no freedom in Tibet. His Holiness Dalai Lama is forbidden to return home. Panchen Lama [the second-highest-ranking lama after the Dalai Lama] is in prison. Numerous Tibetan heroes have made the sacrifice of self-immolation. I don’t want to live anymore, there is no meaning in living. . . . We are the sons of Snow Lion, the offspring of red face Tibetans. Please remember the dignity of Snow Mountain.

Nyankar Tashi, twenty-four years old, self-immolated on November 24, 2012, in Tongren County, Qinghai Province. He left a letter to Dalai and Panchen Lama as well as to six million Tibetans:

Tibet needs freedom and independence. Release Panchen and let Dalai return home. I self-immolate to protest against the Chinese government! Father, please don’t be disheartened because of me. I follow the Buddha and Goodness. My wish is that six million Tibetans will learn their mother tongue, wear Tibetan clothes and be united.

Gudup, a forty-three-year-old Tibetan writer, self-immolated on October 4, 2012, in Biru County, Tibet. He left his last words in an update to his QQ account, a popular Chinese social networking site. Below is an excerpt:

His Holiness Dalai Lama advocates for a nonviolent middle-way policy for the right to Tibetan autonomy. Six million Tibetans have been following His Holiness’ teaching. But the CCP [Chinese Communist Party] shows no support. Instead, they arrest and torture those who demand Tibetans’ rights. They defame Dalai Lama, and when anyone does not recognize Tibet as part of China, they will disappear or be assassinated. They don’t care about Tibetans, and in order to let the world know about the real situation in Tibet, we have to radicalize our peaceful action, voice out Tibetan independence by lighting up our bodies.

Tenzin Kedhup, a twenty-four-year-old herdsman and a former monk and Ngawang Norphel, twenty-two years old, self-immolated together with the Tibetan national flag in Chindu County, Qinghai Province, on June 20, 2012. They recorded their last words together:

We do not have the ability to help Tibetans’ religion and culture. We do not have the economic means to help other Tibetans. For the sake of our Tibetan race, in particular for the return of His Holiness Dalai Lama to Tibet, we choose self-immolation. We want to tell all the Tibetan youth, swear to yourself, never fight against each other; among Tibetans, we have to be united and protect our race.

Tamding That, a sixty-four-year-old herdsman, self-immolated at Jainca County outside a military office in Qinghai Province on June 15, 2012. He left a short note:

Wish for His Holiness Dalai Lama to return home.

I self-immolate to contribute [to the wish].

Rechok, a thirty-three-year-old herdsman with three children, self-immolated on May 30, 2012, near the Grand Lamasery of Dzamthang, Sichuan Province. The Tibetan Centre for Human Rights received his last words on August 18:

Wish for world peace and happiness. Please don’t indulge yourself in killing and selling animal stocks, don’t steal for the sake of His Holiness Dalai Lama to return to Tibet. Tibetans should speak to Tibetans and should not fight each other. I am willing to take up the pain and sufferings of all living beings. If I fall at the hand of the Communist Party of China, please don’t resist. We have to be united and learn our culture. My family, don’t be disheartened by my self-immolation.

Sobha Rinpoche, a twenty-seven-year-old exiled Tibetan from Dawu County, Sichuan Province, self-immolated in Delhi in protest against the Chinese president’s visit to India on March 26, 2012. Below is an excerpt of his last will:

My fellow Tibetans, for the future of our happiness, we need to have dignity and courage. Dignity is the spirit of a nationality, the courage for justice, the compass leading to future happiness. My fellow Tibetans, to seek the same happiness that is shared by all people in this world, we have to remember our dignity and make an effort in all matters. Dignity is the wisdom to distinguish right from wrong.

Freedom is the path to happiness for all living beings. Without freedom, we become a candle flame in the wind, the fate of six million Tibetans. If Tibetans from the three autonomous regions can be united, we will have won an accomplishment. Please don’t lose your faith.

Nya Drul, an eighteen-year-old student, self-immolated on February 19, 2012, in Camtang County, Sichuan Province. He wrote his will in the form of a poem:

Keep your courageous head up, for my dignity.

My parents to whom I owe the deepest love, my dear brother and family, I have to leave this world.

For my compassionate Tibetans, I will light my body.

My wish for Tibetan sons and daughters, you have to be united.

If Tibetans are compassionate, love your parents and be united. Treasure the lives of all living beings and animals.

Like Buddha who gave his body to feed the tiger. Those Tibetans who sacrificed their lives shared my purpose—we give up life for justice, truth, and freedom. 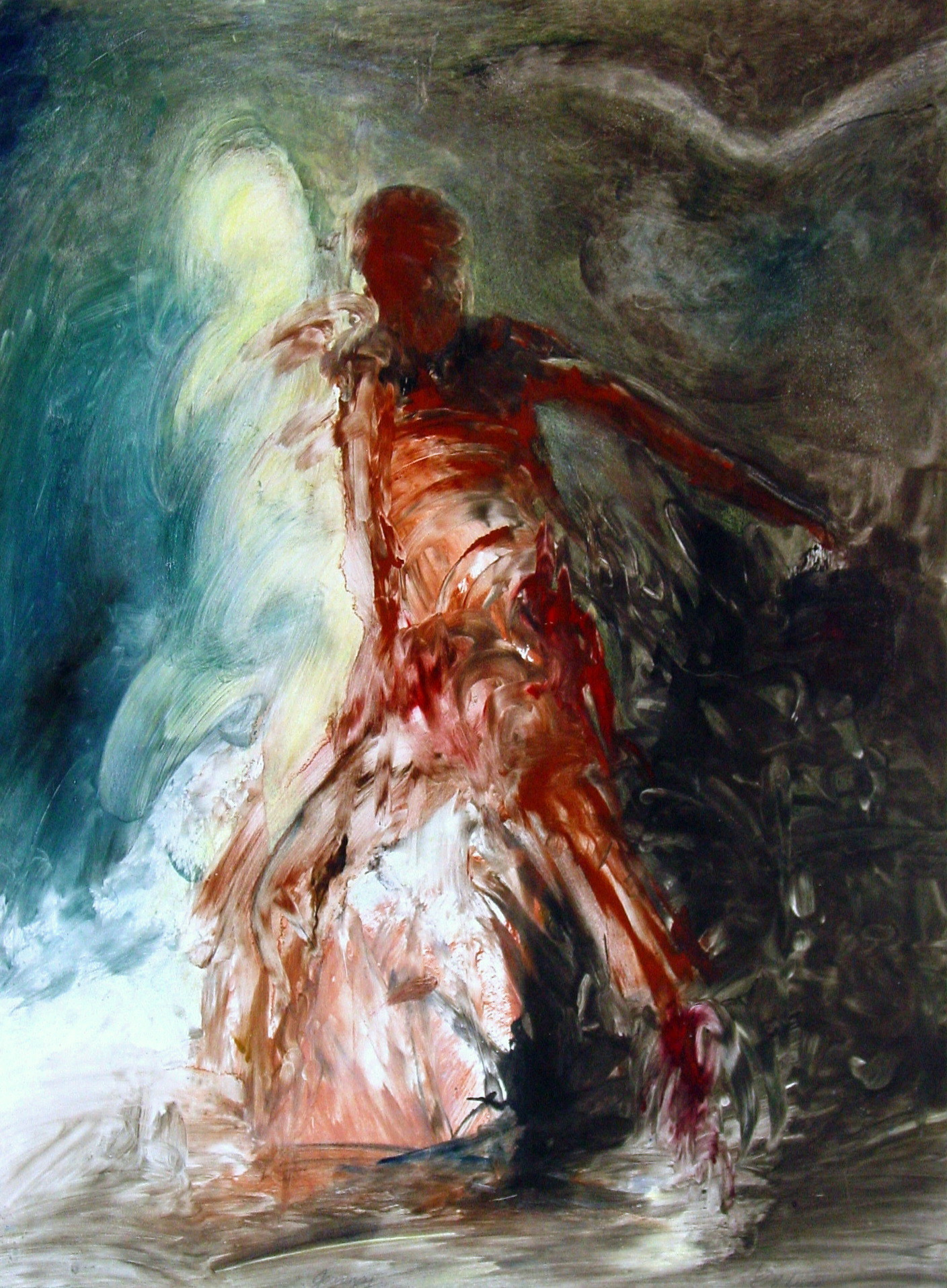 Martine Batchelor lived in Korea as a Zen nun under the guidance of Master Kusan for ten years. She is the author of ten books, most recently The Spirit of the Buddha (Yale University Press, 2010). She is a member of the Gaia House Teacher Council, teaches meditation retreats worldwide and lives in France.

Martine Batchelor lived in Korea as a Zen nun under the guidance of Master Kusan for ten years. She is the author of ten books, most recently The Spirit of the Buddha (Yale University Press, 2010). She is a member of the Gaia House Teacher Council, teaches meditation retreats worldwide and lives in France.