When I've Seen Through the Horror: Compassion Training for Veterans

In 2008, Stanford University launched the Center for Compassion and Altruism Research and Education (CCARE) with support from His Holiness the Dalai Lama. As a part of that center, founded by James Doty, a Stanford neurosurgeon and entrepreneur, a course on compassion cultivation for secular settings was developed by a consortium of meditation leaders. The course was developed under the guidance of Thupten Jinpa, the principal English translator for His Holiness. Building upon basic mindfulness with meditations and post-meditative exercises for enhancing innate compassion, the compassion course uses methods adapted from Tibetan Buddhist practices and Western psychology.

A partnership between CCARE and the VA Palo Alto Health Care System was established to explore the use of the Compassion Cultivation course for veterans suffering from Post–Traumatic Stress Disorder (PTSD). Recently, two courses were piloted in the residential PTSD program. These courses were co-taught by Jim Hallenbeck, a hospice physician who has worked within the Department of Veterans Affairs for more than twenty-five years, and Leah Weiss, who is a clinical social worker and director of education for CCARE. In this article, Hallenbeck and Weiss share some of the challenges and successes that have emerged during the program thus far.

Tell me again when the victims are singing

And the laws of remorse are restored…

Tell me again, when I’ve seen through the horror

Tell me again, tell me over and over,

Tell me that you love me then

At the deathbeds of veterans, we’ve found too often that the dying process seems to unleash a delayed-onset form of PTSD with flashbacks of past trauma. We’ve wondered, Couldn’t we do more earlier to alleviate this suffering for veterans when they have more time and energy to deal with the demons of their past?

Typically, veterans spend ninety days in the program, engaging in a variety of activities designed to enhance their abilities to cope with PTSD–associated problems including anxiety, depression, substance abuse, anger management, emotional numbing and relationship difficulties. Going into the project, a number of concerns arose for us as facilitators. Would participants be able to handle formal meditation? In a population prone to flashbacks of trauma, would visualization exercises trigger flashbacks? Would the participants be comfortable closing their eyes and following a guided meditation? Would they reject the whole thing as being too New Age?

Some of our fears proved well-founded. As one participant said in reflecting on a mindfulness breath exercise, “I’d rather you hit me with a crutch than my having to spend five minutes alone with my thoughts.” In early sessions, some veterans had trouble even staying seated in their chairs during discussions. For others, meditating with eyes closed proved too difficult, at least initially. Some preferred to lie on their backs looking at the ceiling rather than sit with eyes open, looking at others. Some veterans did experience flashbacks during visualization exercises. While participants expressed a genuine curiosity about compassion, initially many said that they thought they were incapable of compassion for others, and even more so for themselves. They were concerned that developing compassion would make them vulnerable in ways they were unprepared to handle.

Despite this, most participants completed the course and they told us they greatly valued the experience. When asked what they got out of the course, one person responded, “freedom,” another, “the present.” A Vietnam–era veteran said, “I wish I had taken this twenty years ago.” Indeed, they asked that the compassion training be offered on a regular basis as a part of the overall program. A group now meets regularly on its own every morning to listen to course meditation tapes. Veterans not taking the course have even begun to join them.

Whatever participants may have learned through the course, the facilitators have learned at least as much. We knew already that visualization may be a double-edged sword for some people with PTSD; the trauma that gives rise to PTSD is often graphically and visually imprinted on people’s minds. However, we didn’t know about the visualization strategies some veterans had already developed on their own in order to cope with their trauma. During a guided meditation asking them to visualize a place of safety and peace such as a mountaintop or beach, veterans were able to describe this place, including details such as sounds and smells, far more vividly than most participants elsewhere taking the course. This place became both a refuge and a source of strength for compassion work during the course. Some of the participants were able to do mindfulness exercises only if they first placed themselves in this peaceful setting.

As facilitators, we were also struck by the fractured nature of many veterans’ lives, fraught by inner conflicts between past and present, between military and civilian values, between pride in their dedication to a common mission and horror at many experiences. In grappling with the meaning of compassion, the veterans often turned to their commitment to one another as comrades in military service. “When your buddy goes down, you grab him.” And yet they also were faced with the shocks and terrors of war, which they spoke of as “my trauma.” Many struggled to reconcile their military past with a civilian present, especially in the context of close relationships with family members. 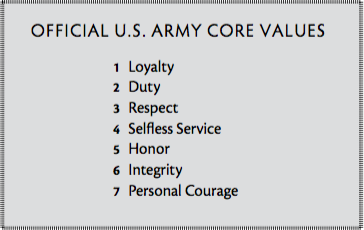 The present, while usually lacking overt violence, too often seemed to lack the admirable values they continued to hold dear from the service.Tragically, many veterans seemed caught betwixt and between—unable to fully leave the past or to engage with the present. It became clear as the course progressed that the relationships these men were working on were not just between themselves and others, but also within themselves, as others.

Neither of us has served in the military. And yet we have found that we share much in common with the struggles of veterans. We also struggle in our efforts to integrate the often-fractured facets of our lives into a more coherent whole—our various life roles, our personal spirituality with the super-rational world of science, our pasts with our presents. We all have demons, some large, some small. And like the veterans with whom we work, we too yearn for a greater peace of heart. We are hopeful that this program for veterans and similar programs yet to be adapted to special populations will be of help in connecting suffering people with the thread of common humanity that binds us all.

Please do not download or copy images without the artist’s permission.

Jim Hallenbeck, MD, is a hospice physician, who has worked at the VA Palo Alto Health Care System for twenty-five years. He is the author of Palliative Care Perspectives (Oxford U. Press, 2003).


Leah Weiss, PhD, LCSW, is a clinical social worker with a doctorate in theology and education. She is director of education for Stanford’s CCARE.

Drew Cameron is a second-generation hand papermaker, trained forester and former Army soldier. He cofounded the Combat Paper Project, facilitating workshops with veterans and the community in which they transform military uniforms into handmade paper, prints, books and art. The portable workshop has reached thousands of people throughout the country in 29 states and more than 125 workshops.

Jim Hallenbeck, MD, is a hospice physician, who has worked at the VA Palo Alto Health Care System for twenty-five years. He is the author of Palliative Care Perspectives (Oxford U. Press, 2003).


Leah Weiss, PhD, LCSW, is a clinical social worker with a doctorate in theology and education. She is director of education for Stanford’s CCARE.

Drew Cameron is a second-generation hand papermaker, trained forester and former Army soldier. He cofounded the Combat Paper Project, facilitating workshops with veterans and the community in which they transform military uniforms into handmade paper, prints, books and art. The portable workshop has reached thousands of people throughout the country in 29 states and more than 125 workshops.