Marriage As a Precept

Marriage is a spiritual path we undertake together in which we investigate open-heartedness. In some ways one could say marriage is another precept. As a ritual minister performing Buddhist weddings, I help couples develop a wedding ritual that frames their aspirations for the way they will inhabit their relationship. Their spiritual beliefs are intrinsically part of that aspiration, but often they have not yet brought those beliefs to consciousness with each other. That they are seeking out a Buddhist minister to help them plan their ceremony attests to the fact that their spiritual values are intrinsic to the way they want to live their relationship.

The couples who come to me often hold a great diversity of beliefs, so we begin by exploring those, rather than my being a religious expert who tells them what a Buddhist wedding should look like. Many folks don’t necessarily identify as Buddhist but have come in contact with Buddhist principles and find them very attractive, especially in their openness and lack of dogma. My work with couples is one of investigation and creativity, where I encourage them to look inside their own experience to see what’s true, then guide them on how this can be reflected in their wedding.

In my first meeting with a couple, there is usually a fair bit of silence as they try to verbalize their beliefs in what may be their first attempt to do so. In my questions, I try to draw out what symbolizes the sacred for them. I have come to realize that real intimacy is often experienced as a sacred connection that is shared with another. The most powerful experiences that bind couples together often involve being truly present with each other to share sacred moments. For this reason, it is natural for a couple to seek out sacred moments in their wedding ceremony. One partner once described a powerful experience of being with the other in a sacred space—swimming in the middle of a school of fish while scuba diving. When I heard this story, I suggested the couple include the sacred space of the natural world in their wedding.

Central to my work with couples in creating a Buddhist wedding is transforming vows into intentions. In the Judeo-Christian tradition, people often promise to follow certain rules or commandments, whereas I interpret that the Buddhist tradition offers wisdom on ways to live more happily with each other. For example, the Five Precepts are structured as a set of practices that we undertake to live more skillfully—with the knowledge that it is quite likely we will not live up to our intentions all of the time. Structuring a wedding around intentions, in contrast to vows, is truer to the experience of relationship and therefore adds to the authenticity and intimacy of the ceremony.

One of the things I try to do as a minister is to open up a wedding ritual and make it more of a shared experience, bringing the couple’s love to everyone present. The very nature of ritual is to take internal experience and bring it out into the light for people to share. During the ceremony, I work to build a field of lovingkindness within which the ritual is held. In one ceremony we developed community intentions to mirror the couple’s own intentions. All those attending stated, “Because we love you, we intend to . . . ,” then repeated a phrase from the couple’s intentions. After the ceremony, the groom’s boss came up to him and said he was going to have to start a “love club” at work, that he had never before told any of his employees that he loved them. The bride and groom also told me how lovely—and difficult—it was to face a community of more than 100 people while everyone in the group said, “I love you.” They said it was hard to take in all the love being offered to them. This was a beautiful victory for making it okay to talk about lovingkindness in day-to-day relationships. That is the power of authentic ritual.

I first became very aware of how our relationships are supported by the community around us when I was planning my own wedding. At the time, California voters were about to decide whether gay people like me could marry or not. Having my family’s and community’s affirmation of the marriage between my husband and myself became very important to me.

I will also often talk with a couple about any familial difficulties that come up as the ceremony is approaching, and I’ll work with them to manifest something positive out of that situation. Say one partner in the couple has an estranged brother. I might ask them to think of something in that brother’s marriage that they value and then to ask him, “Brother, we really admire your steadfastness and were wondering if you would offer a blessing at our wedding that our relationship might also have steadfastness in it.” When this happens, it becomes a doorway to openheartedness between people who may have in the past been shielding their hearts from each other. And the transformation of such a relationship can also transform any anxiety that existed among all those attending the ceremony. Openheartedness tends to have that effect.

I began my role as a Buddhist wedding minister in 2008. A couple of months after performing a memorial service for a friend, some other friends called and asked if I would be interested in performing their wedding ceremony. At the time I was working as executive director at Spirit Rock Meditation Center, and we were already talking about putting together a training program for senior students who could perform rituals for the sangha. So I said, “Why don’t we make me a test case and commission me as a ritual minister?” My work as a minister then became a mini pilot program for the next six months. This was the beginning of Spirit Rock’s Ritual Ministers Program, which now has eighteen “graduates.”

As a ritual minister, I help to create rituals that are relevant to the lives of lay Buddhist practitioners. Spirit Rock’s Ritual Ministers Program was developed to address the pastoral needs of the community by performing rituals such as baby blessings, weddings and funerals. Since most of our Vipassana teachers are often on the road, trying to cobble together a living by leading retreats, the structure of their lives makes it difficult for many of them to offer this sort of pastoral support. As ritual ministers we provide an additional level of assistance, and thus bring Buddhism more fully into the life passages of those within the sangha.

The training ritual ministers received reflects the truth through some of the common forms and practices that have been used in the Vipassana tradition. Buddhism’s entry into Western culture is passing from the pioneer to the sustainer generations. Merely participating in a couple of daylongs and ten-day retreats every other year, though, is unlikely to sustain one’s feeling of connection to a sangha. A greater sense of community is needed; our values and teachings must become more deeply entrenched and reflected in the multiple facets of people’s lives. Offering meaningful ritual is one way for people to begin approaching Buddhism and meditation practice not so much as a retreat from life but rather as a progression through life. 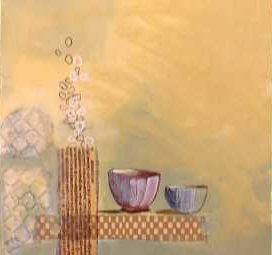 Evan Kavanagh is a graduate of the Sati Center’s Buddhist Chaplaincy Training Program and is a Buddhist ritual minister for Spirit Rock Meditation Center. He served as executive director of Spirit Rock from 2000 to 2010. You can visit his website at www.buddhistwedding.org.

Evan Kavanagh is a graduate of the Sati Center’s Buddhist Chaplaincy Training Program and is a Buddhist ritual minister for Spirit Rock Meditation Center. He served as executive director of Spirit Rock from 2000 to 2010. You can visit his website at www.buddhistwedding.org.