Features | Sons & Daughters of the Buddha

A Levine-Head from West Texas

There’s a book I read I think you should read,” said my older brother, Brett, who had surprised me by calling on the phone. “It’s called A Gradual Awakening by someone named Stephen Levine.” Brett, who was eighteen years old at the time and two years my senior, had left home to attend college six months previously, and we hadn’t spoken once in that time. He and I had shared a bedroom for most of our childhood, and we had both counted the days until he moved away.

Coincidently, my father had recently given me an audiotape also by Stephen. I didn’t know then that this was the beginning of a long journey with the teachings of Stephen and his wife, Ondrea. That book and those audiotapes became my core support during my teen years. I often took one of my favorite tapes, “Uncommon Courtesy towards Death,” went into my parents’ bathroom (the quietest room in our house), turned off the light, sat on a pillow, and soaked in the teachings. The material helped me better understand the immense grief that I had felt the last few years since witnessing my parents’ divorce. The realization that I could relate to pain and grief with mercy and compassion, that it was possible to live with an open heart no matter what conditions came my way, gave a new context for my life.

None of my friends at the time knew of my “bathroom meditations and studies,” as such teachings were not common in the small, conservative West Texas town where I lived. While most people regularly attended church, my family was “alternative minded”: my mom practiced yoga and my father grew wheat grass in his bedroom. As coach of my soccer team, my father once even tried to get us all to chant OM before a game. Not surprisingly, neighbors often viewed our family with suspicion, and some deemed our band so dangerous that they forbade their children to play with us.

Several years after the surprising phone call from my brother, he and I both moved to California and attended our first Levine workshop. Though surrounded primarily by older people, a good number who were facing illness, intense grief or death, I had never before felt so at home. After growing up being viewed by many as “strange,” I had at last found my tribe. My meditating and studying was no longer confined to a bathroom. Brett and I soon involved our three sisters, and at one point all five of us kids together with our father participated in a workshop on grief with Stephen and Ondrea. I had become what my brother and I coined a “Levine-head,” attending every workshop I could, often freely or with a significant discount. (Stephen and Ondrea would never let lack of money stop anyone from attending. In fact, in any given workshop a good number of participants were on some form of scholarship.)

Though Stephen and Ondrea had no desire to be anyone’s guru, this did not stop Brett and me from pasting on our walls self-made posters with their pictures and quotes: “You cannot know the truth; you can only be it” and “In the heart lies the deathless.” I also regularly wrote them letters seeking help on a variety of issues, such as working with grief and physical symptoms or trying to find a livelihood into which I could incorporate spiritual teachings. They would reply, often at length, reminding me to keep a soft belly and to “treasure myself.” I did not know at the time that each of my letters was one of thousands from people all over the world who were seeking their guidance.

As the years progressed, Stephen and Ondrea held fewer workshops and I wrote them less often. Still, in my heart, they were always my teachers. Although I almost never saw them during this time, it’s not that I didn’t try. Anytime I was in New Mexico, I would write them and suggest that maybe we could get together and hang out. I had visions of us meditating together or of them giving me some secret teaching. Hey, I was young. But most of my efforts were kindly turned down.

As fate would have it, I now live only twenty-five miles from Stephen and Ondrea in the high mountains of northern New Mexico. I have become friends with Stephen’s son, Noah, and I interviewed Ondrea for my first book. I have visited the Levines several times during the past months at the simple solar house they share with an assortment of dogs and cats. They have entered a new phase; it is more difficult now for them to live as remotely and independently as they have in the past. Though their spirits shine as brightly as ever, they both face various challenges: Ondrea has leukemia and Stephen’s back problems have worsened over the years, making it very difficult for him to travel or teach. They are looking at moving closer to town, and Ondrea speaks of teaching again if her health improves.

Spending time with Stephen and Ondrea these past few months, I am reminded of how many ways there are to know a person—as teacher, as friend, as someone from whom we receive help, and as someone to whom we give it. While roles will change with those in our lives, as Stephen and Ondrea have taught us over the years—and as I have learned in my own relationship with them as my teachers—the heart can shine in all of life’s myriad forms and conditions. As the Levines often say, “The open heart is a much greater blessing than death is a tragedy.”

To learn more about Stephen and Ondrea Levine, visit levinetalks.com.

Art © 2006-2018 Anna Oneglia. All Rights Reserved · Please do not copy any images without permission. 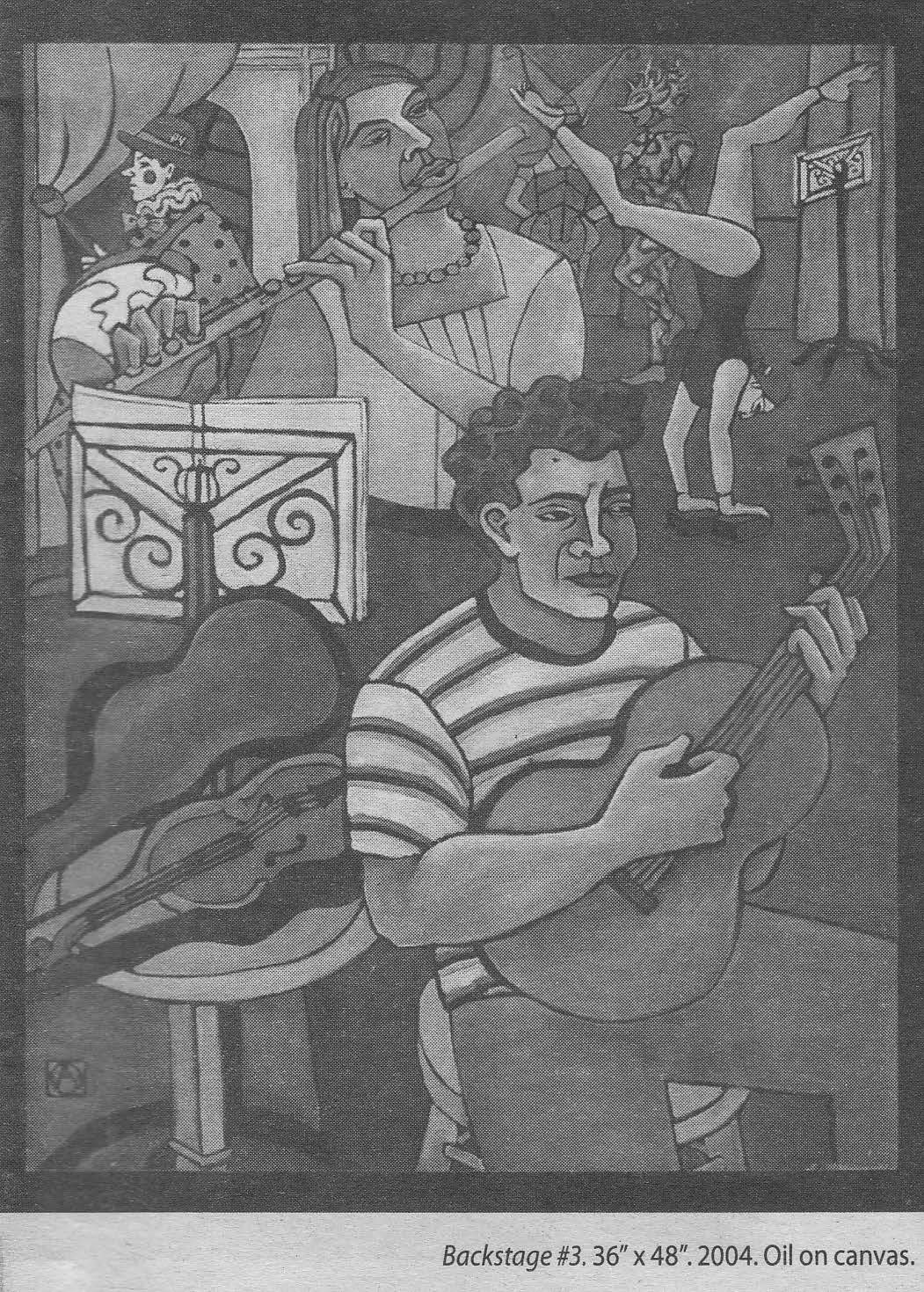 Soren Gordhamer, founder and host of the Wisdom 2.0 conference, works with individuals and groups on developing a more conscious and creative life, particularly in relationship to technology. He is the author of a meditation book for teens, Just Say OM! (Adams Media, 2001) and a book on mindfulness and stress reduction for techies, Wisdom 2.0: Ancient Secrets for the Creative and Constantly Connected (HarperOne, 2009).

Anna Oneglia is a figurative painter and printmaker who lives by the ocean in far Northern California. She is also a vipassana practitioner and was a member of the cook's sangha at Spirit Rock Meditation Center. To see more of her work, visit annaoneglia.com.

Soren Gordhamer, founder and host of the Wisdom 2.0 conference, works with individuals and groups on developing a more conscious and creative life, particularly in relationship to technology. He is the author of a meditation book for teens, Just Say OM! (Adams Media, 2001) and a book on mindfulness and stress reduction for techies, Wisdom 2.0: Ancient Secrets for the Creative and Constantly Connected (HarperOne, 2009).

Anna Oneglia is a figurative painter and printmaker who lives by the ocean in far Northern California. She is also a vipassana practitioner and was a member of the cook's sangha at Spirit Rock Meditation Center. To see more of her work, visit annaoneglia.com.