The Delights of Dana

Whenever I think of myself I feel depressed,” Ajahn Sumedho, the abbot of Amaravati Buddhist Centre, once said. When dana—generosity, giving, sharing—is the center of our lives instead of me and my, there is no need to be depressed. There is relief and release rather than anxiety and obsession. Dana creates a dramatically different focal point. The perspective changes from “What can I get?” to “What can I give?”

In the late 1980s, the Thai monk Ajahn Suwat was teaching a ten-day retreat at the Insight Meditation Society (IMS) with Ajahn Geoff (Thanissaro) as his translator. Ajahn Suwat had been in America for some time but he hadn’t taught a retreat to Westerners before. After several days, Ajahn Suwat asked Ajahn Geoff, “Why do the students seem so unhappy? They’re meditating. They’re here. But they seem so grim and not at all like they’re enjoying themselves.” After thinking about it, Ajahn Geoff said, “They know how to meditate, but not how to practice dana.” He saw a direct relationship between the lack of happiness and the lack of a foundation in dana.

In Thailand, where I lived for many years, generosity and giving are a child’s first teachings in Buddhism. Pregnant women go to the temple, offer food and dedicate merit: “May my child be healthy and happy.” When children are little, they get up early with their families to make offerings to the monastics walking by on almsround. Someone helps each child put a spoonful of rice in the alms bowl, and everyone claps and says, “Great!” Children get the idea: Wow, giving is good. They grow up associating generosity with pleasant feelings because it is a cultural value.

There are many different translations of the word dana. Basically, it is the quality of generosity in which we give physically and from the heart. Hearts with dana are generous, open-palmed and liberal in terms of willingness to give, share, be present and help others. All of those qualities lead us away from me and my needs, me and my preferences, me and my demands, me and my expectations, me and my desires, me and my firm place in the center of the universe.

At the root of generosity is the perception that there is always something to share. In fact, you don’t need a lot in order to give. For almsround in the northeast of Thailand, people share what they have even though most are very poor. One of the villagers there who helped establish Wat Pah Nanachat, Ajahn Chah’s forest monastery for foreigners, once commented, “I really don’t have any money, but I’m not poor.” Sometimes we have a lot, but we feel it’s not enough and that we have to protect what’s there. We don’t even think about sharing what we have. That’s a state of lack and of being truly poor. On the other hand, giving and sharing come from a place of wealth.

There’s an old story about the difference between heaven and hell. The hell realms are filled with people who sit at long banquet tables piled high with all sorts of delicious foods and drinks. But everyone is completely miserable and hungry because the utensils are too long to maneuver. No matter how hard they try, they can’t put the food into their mouths. The heavenly realm is the same: the tables are laden with the same delicious foods and drinks and with the identical long utensils. But the people are happy and bright because they use the utensils to feed one another. There is no hunger or frustration, only fullness and well-being within the identical conditions. Giving and sharing is what turns a hell realm into a heavenly one.

One of the doorways out of suffering is generosity. It’s important to realize that dana is not just about material giving. It also involves service and keeping one’s eyes open for what needs to be done. How can I help? Who is in need of assistance? In order to feel comfortable helping others, we have to leap over the hurdle of self, of me and mine. Acts of service invite us to step out of the conditioned boundaries that we set up for our imaginary selves.

Abhayadana is a higher form of practicing dana. In Thai, abhaya is usually translated as “forgiveness.” We give forgiveness by not holding a grudge, ill will or aversion. A lot of joy enters the heart when forgiveness is cultivated. The highest form of dana is Dhammadana, which means the giving of Dhamma, the teachings. Traditionally, making teachings available to others by supporting the printing of Dhamma books is one of the highest forms of giving. But there are many other ways that Dhammadana can be practiced in daily life. People often think they need to be a monastic or a teacher to give teachings, but this is not so. Any kind of advice that is grounded in Right View and Right Understanding, given with an open heart and good intentions, is Dhammadana.

The Thai forest master Ajahn Chah said that to practice Dhammadana, we don’t have to teach or to say anything at all: “It’s enough to set a good example and follow the precepts.” He often told how the Buddha’s chief disciple Sariputta first became interested in the Holy Life simply by seeing monks walking on almsround. The dignity, composure and clarity of the simple activity of walking inspired a lot of faith in Sariputta.

When parents asked Ajahn Chah what they should teach their children, he would say, “It doesn’t matter what I say. What do you say? What do you do?” If there is a tree far away and a tree close by, which tree will a vine climb? The closest tree, of course. It’s the same with parents. Their example has a bigger effect than anyone else’s. The examples we set in the monastery, within society and within families are all aspects of Dhammadana. The gifts of giving, virtuous conduct and living a life with Dhamma at its center have an extraordinarily powerful effect.

When we think of the people who have had the biggest positive impact on our life, we value them because they have been trustworthy, kind and patient with us. They’ve made us feel good, no matter how bad we feel about ourselves. This kind of giving is not beyond the capacity of any of us. Increasing well-being and decreasing suffering are gifts we can all give.

We can even bring an attitude of sharing into our meditation practice while sitting alone on our cushions. Meditation is not just about me. Sharing it with those we care about and with all beings has a different effect. This kind of giving transforms the heart by taking us out of the capsule of self and me. We quickly realize that the me and mine universe is terribly cramped and crowded. When we turn our attention to the world outside ourselves, we realize it is spacious and expansive.

It doesn’t really matter when or how we begin practicing dana. It is a matter of realizing that generosity forms the foundation of a heart that is free and unencumbered, opening to the way things truly are. 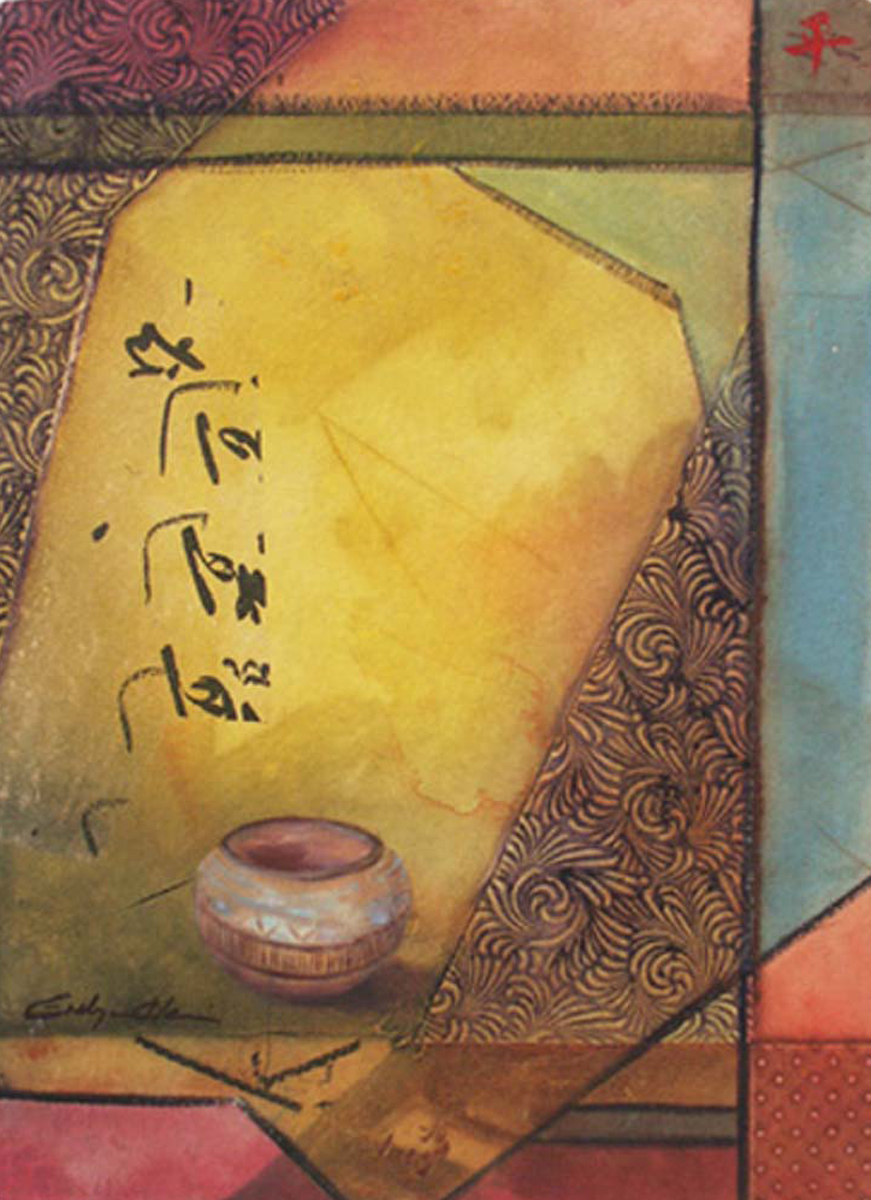 Ajahn Pasanno ordained in Thailand in 1974 and trained with Ajahn Chah. He served as abbot of Wat Pah Nanachat, the International Forest Monastery, for fourteen years. In 1997 he moved from Thailand to California to became coabbot (and, in 2010, abbot) of Abhayagiri Monastery. In spring of 2018, Ajahn Pasanno stepped back from the role of abbot, leaving the monastery for a year-long retreat overseas.

Originally from Montreal, printer, painter and teacher Evelyn Klein is the owner of Equinox Press in Carmel California.

Ajahn Pasanno ordained in Thailand in 1974 and trained with Ajahn Chah. He served as abbot of Wat Pah Nanachat, the International Forest Monastery, for fourteen years. In 1997 he moved from Thailand to California to became coabbot (and, in 2010, abbot) of Abhayagiri Monastery. In spring of 2018, Ajahn Pasanno stepped back from the role of abbot, leaving the monastery for a year-long retreat overseas.

Originally from Montreal, printer, painter and teacher Evelyn Klein is the owner of Equinox Press in Carmel California.