Peace Is a Family Value

Hatred never ends through hatred. By non-hatred alone does it end. This is an eternal truth.” These words spoken by the Buddha over 2,500 years ago point to the spirit of nonharming so central to his teaching that the first ethical precept for laypeople is to refrain from taking life. People committed to this path often take on a vegetarian lifestyle and pursue alternatives to killing pests. Yet, under the guise of “bringing democracy” to other nations, our government could require young practitioners to participate in killing.

The cost of war is incalculable. As reported in recent articles in the Christian Science Monitor and the Washington Post, ninety percent of the casualties in recent wars have been civilians. In addition to the physical casualties, there is often irreparable damage to mental health not only for “victims,” but also for “perpetrators”—everyone involved in violence. Haunting memories can be devastating. The Buddha warned that the taking of life is a condition for experiencing fear, animosity, mental pain and despair in both the present and the future.

Our son, Adam, recently turned eighteen, and I’m concerned for him and all the young men in the U.S. who are required to register for the Selective Service. I remember what that meant for many in my generation: Vietnam, Canada or jail.

Will we soon have a draft? While many think it’s unlikely because it would be extremely unpopular, the war is dragging on and experts believe we simply do not have enough troops. The Army has begun recalling people who have already served their time, including mothers of small children. Many young people I know fear that the draft will be reinstated, women included, deferments declined.

Poor and working people have traditionally seen military service as a way to gain discipline, job skills and a chance to afford college. According to the Central Committee for Conscientious Objectors (CCCO), the majority of those who enlist actually receive no aid for college, and the prospect of learning transferable job skills in Iraq is unlikely.

Young people who value the Buddha’s teachings on nonharming might consider the option of applying for conscientious objector status when asked to report. CCCO warns that if drafted, a person could have as few as ten days to report, and it recommends compiling a CO file now that could be presented as evidence in a draft board hearing. This would be comprised of several parts:

1.  A statement about your beliefs, how you arrived at them, and what effect those beliefs have had on how you live your life.

2.  A record of books you’ve read; organizations you belong to; and workshops, classes and demonstrations you’ve attended.

3.  Letters of support from teachers, friends and religious leaders who know about your beliefs.

Whether or not we actually have a draft, clarifying one’s values and creating a lifestyle in support of those choices can be profound. The Buddha’s advice to his son, Rahula, was to reflect carefully before, during and after whether any action would cause harm to himself or others. An examination of one’s deepest beliefs regarding war and violence can become a doorway to the dharma.

At Spirit Rock Meditation Center in Woodacre, California, we are exploring possibilities for creating such a values clarification program. The inquiry could be stimulating and enriching if done in a supportive environment with others grappling with the same questions under the guidance of wise mentors. Our vision includes the development of a curriculum that can be modified and used by other religious organizations or individuals. The spirit of respect for life is at the heart of every spiritual tradition. We’d like to see programs all over the country helping young people to resist the pressure to join the military and to establish CO portfolios.

My husband, James, and I have also begun discussions with others outside our Buddhist circle; we believe that an interfaith conscientious objector movement is an important addition to the national “moral values” debate. We envision community service as a patriotic alternative to joining the military. This positive social action is a chance to learn and practice generosity in a society that has modeled so much greed.

At a time when the mentality of violent retribution is widespread, we are especially grateful to be involved in a creative, fulfilling project with a community of people who share values of nonviolence. We take refuge in the knowledge that small acts, when multiplied by millions of people, can have a huge impact. We invite you to join us. 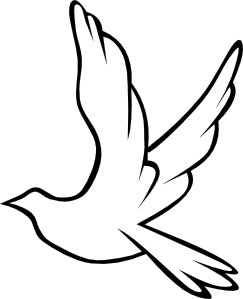 Jane Baraz is cofounder of the Spirit Rock Family Program, a Spirit Rock founding board member, and an instructor of Mindfulness-Based Stress Reduction. She has been meditating since 1976.

Jane Baraz is cofounder of the Spirit Rock Family Program, a Spirit Rock founding board member, and an instructor of Mindfulness-Based Stress Reduction. She has been meditating since 1976.