Short reviews of Nixon under the Bodhi Tree and Other Works of Buddhist Fiction, edited by Kate Wheeler • Following Our Bliss: How the Spiritual Ideals of the Sixties Shape Our Lives Today by Don Lattin • The Next Enlightenment: Integrating East and West in a New Vision of Human Evolution by Walter Truett Anderson • 365 Nirvana Here and Now by Josh Baran • Dharma River: Journey of a Thousand Buddhas (Video), directed and narrated by John Bush • This Precious Life: Tibetan Buddhist Teachings on the Path to Enlightenment by Khandro Rinpoche • Take a Deep Breath: The Haiku Way to Inner Peace by Sylvia Forges-Ryan and Edward Ryan

Nixon under the Bodhi Tree and Other Works of Buddhist Fiction

How could you resist a book with a title like this? Of course, you may regard “Buddhist fiction” as a redundancy, because isn’t it all fiction? That aside, this book is a feast for the mind and heart. The book’s editor, Kate Wheeler, has put together a fine collection of stories by and about Buddhists, who turn out to be (shocking!) people who flirt, connive, get high and do ordinary things that get them into ordinary trouble, just like you and me. Like the dharma itself, fiction can help reveal us to ourselves and affirm our common humanity, and this book does just that. I suggest that you sit down soon with Nixon under the Bodhi Tree, find some nuggets of wisdom, and have yourself a real good time. —WN

Following Our Bliss: How the Spiritual Ideals of the Sixties Shape Our Lives Today

For the past several decades, Don Lattin has covered religion for San Francisco’s major daily newspapers, so he has seen it all, so to speak. Lattin admits that after experiences such as chasing “an American guru all the way to his own private island in Fiji, where he was on retreat with a former Playboy playmate and his eight other wives,” he now hangs out in “the dim alley where cynicism meets skepticism, looking for a little light.” The light comes through in this book, as Lattin investigates the legacy of the spiritual movements of the ’60s, looking at “God and sex,” “God and rock and roll,” Buddhism, communes and commercialism, and in the end finds that we have truly embarked on a new spiritual age in America. Following Our Bliss is full of wit and wisdom, and offers us an important vision of “hope in the world and faith in ourselves.” —WN

The Next Enlightenment: Integrating East and West in a New Vision of Human Evolution

Walter Truett Anderson is a wonderfully accessible writer who is especially gifted at presenting grand overviews revealing trends and watersheds in human life and culture. In his latest book, The Next Enlightenment, Anderson offers a synthesis of science and spirituality, East and West, and explains how they represent a species-wide movement toward expanded consciousness. Anderson’s main thesis is a statement of optimism, important in a historical time that often seems dark. He claims: “Enlightenment, however unique as a phenomenon of human development, is nevertheless a continuation of ‘normal’ maturation and growth, inherent in all people.” —WN

This is not your father’s spiritual compendium, or just another book of pithy quotations playing to the sentimental and easy-reading crowd. Josh Baran has put together a fresh, intelligent compilation of wisdom from sources as diverse as Samuel Beckett, Byron Katie, Pearl Bailey, Ludwig Wittgenstein, Ramana Maharshi and some people you’ve never heard of before. All the quotes point to the awakened life and the pleasures that lie within it. Take one a day, and stay healthy and happy. —WN

Directed and narrated by John Bush

Dharma River is an exquisitely beautiful video journey through Laos, Thailand and Burma, exploring the important themes and landscapes of Buddhism at the source. Moving down rivers, through villages, and to important Buddhist pilgrimage sights, John Bush’s visuals and narration create a mood of timeless peace. The musical score is perfect, the pacing is slow and hypnotic, and this viewer, at least, felt altered by the experience of watching Dharma River. —WN

This Precious Life: Tibetan Buddhist Teachings on the Path to Enlightenment

Khandro Rinpoche, the daughter of Tibetan meditation master His Holiness Mindrolling Trichen, is a renowned teacher in the Kagyu and Nyingma lineages of Tibetan Buddhism. Her teaching style approaches basic truths with a lively combination of humor and pragmatism.

The main body of this book contains her teachings on the Four Reminders, basic Tibetan Buddhist preliminaries to transform the mind: the preciousness of human birth, impermanence, the reality of suffering, and the inescapability of karma. A focus on these four thoughts lends itself to the development and maintenance of what Khandro refers to as “a sense of urgency and complete awareness.” Within the discussion of each of the Four Reminders, she includes several contemplative exercises designed to reinforce and integrate the teachings into our daily lives. This Precious Life is a vivid reminder that we should use the gift of life to progress on the spiritual path while we still have the time to do so. —JE

Take a Deep Breath: The Haiku Way to Inner Peace

by Sylvia Forges-Ryan and Edward Ryan

Twilight—
the autumn hills
give up their colors

One of America’s best-known haiku poets and her psychologist husband wrote this book together to explore both the art of haiku and its effects on the mind and heart. In each chapter the authors offer a haiku poem followed by a reflection on its meaning, drawing out the classic Japanese elements of nature, season and human emotion that play through these elegant short verses. Take a Deep Breath is a fine introduction to haiku poetry, as well as to the wisdom and playfulness that gave birth to the form. —WN 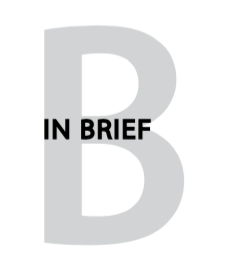 Jan Eldridge is a college art instructor and a student of Vajrayana Buddhism.


Wes “Scoop” Nisker is an author, radio commentator, Buddhist meditation teacher and performer. His books include the national bestseller Essential Crazy Wisdom (Ten Speed Press, 2001). His CDs, DVDs, books and teaching schedule are available at www.wesnisker.com, where he also continues to publish blog posts. Nisker was cofounder of Inquiring Mind.

Jan Eldridge is a college art instructor and a student of Vajrayana Buddhism.


Wes “Scoop” Nisker is an author, radio commentator, Buddhist meditation teacher and performer. His books include the national bestseller Essential Crazy Wisdom (Ten Speed Press, 2001). His CDs, DVDs, books and teaching schedule are available at www.wesnisker.com, where he also continues to publish blog posts. Nisker was cofounder of Inquiring Mind.