Making Sense of the Mind

Consciousness is a profound mystery. It is as much a mystery today as it has ever been. It is the one natural phenomenon that continues to elude scientific understanding, and any discussion of consciousness has always been deeply embedded in the context of religion. It lies at the very core of what it means to be human, to be alive, to be aware, and in contemporary folk belief it constitutes the very essence of personal identity. There is nothing in this world more intimate, more important, or more ultimate to us all than consciousness.

In the Judeo-Christian tradition the thing we call consciousness has been more or less identified with the soul—something that is sacred, transcendent and a matter of utmost consequence in the relationship between a being and his or her creator. Early modern philosophy begins with Descartes’s reduction of all certain knowledge to the indisputable immediacy of one’s own mental process of thinking or being aware. William James initiates the field of modern psychology by identifying the subjective stream of consciousness flowing in each of us, and by stressing, with Freud, the importance of introspection to the study of the mind. The behaviorism that came to dominate modern thought on the nature of being human had little concern for consciousness, and effectively banished any discussion of what goes on between the input and the output nodes of the “black box.” But this perspective has changed dramatically in the last two decades, and consciousness is once again a matter of intense intellectual scrutiny.

The Buddhist tradition has had some very interesting things to say about the mind and about consciousness, and it may be that we in the West are only now able to hear them. To begin with, Buddhism regards mind as a process rather than an entity, and this immediately puts it at odds not only with the Western intellectual tradition but with our deepest personal intuitions and desires. Careful and disciplined introspection that barely observes the “stream of consciousness” will reveal a series of events or episodes of cognition. Even William James noticed that the continuity of this stream is only apparent. Identity itself, in this view, becomes a metaprocess of synthetic construction wrought upon an ever-changing flow of mental events.

Furthermore, these episodes of consciousness arise from the confluence of a highly specific set of circumstances. According to the teaching of the Buddha in the Pali Canon, a moment of awareness will only emerge when a particular sense organ comes in contact with a particular object in a particular way. The mind is not an entity that “exists” and then “has” an experience of seeing, hearing, smelling, tasting, touching or thinking. Rather, the mind “consists of” instances of such experience. Moment after moment after moment, consciousness emerges from a certain special relationship between internal (bodily organs) and external (objects in the environment) material phenomena. When these conditions are not present, there can be no occurrence of consciousness. From this point of view, “pure awareness,” defined as consciousness that takes no object, cannot exist. Consciousness is transitive, insofar as it will only manifest as awareness of something, however subtle this object may be.

This view of consciousness draws attention to the unmitigated contingency of consciousness, to the ultimate interdependence of everything in our world. It is a radical way of looking at the mind, and does not remain unchallenged even in the Buddhist tradition itself. Later schools of Buddhism adopted the more Hindu view that ultimate reality was necessarily conscious, yielding models of a single unified mind underlying all conditioned states of awareness. But in either way of looking at it, Buddhism holds that our world is not made up of “things out there” but rather is a world woven together in this “fathom-long carcass” out of moments of consciousness. Every awareness of an object is thoroughly conditioned by the object itself and by the organ used to know it. And all three components—the object, the organ and the knowing—are virtual. That is to say, they construct a cosmos of appearances that lacks any essential substance. This is the part of the picture that whacks the Western tradition on the side of the head. Consciousness is dethroned from its privileged position in the scheme of things; it is stripped of its ontological underpinnings as the transcendent ground of being and is revealed to be just another contingent event. It is, however, the contingent event that defines and shapes everything else in our selves and in our world, the glue that holds everything else together.

How is consciousness manifested in human experience? It comes in six flavors. There are six different ways by which we know anything, and everything we know falls into one of the six modes. Seeing, hearing, smelling, tasting, touching and thinking are each built upon a unique apparatus, and the fact that we generally don’t realize this is a testament to the brain’s ability to synthesize and homogenize experience for us. Seeing only occurs because photons are hitting receptors in the retina of the eyeball and are being translated into an electrochemical language that is interpreted by systems in the optic nerves and the visual-processing parts of the brain. Hearing takes place when sound patterns in a transmitting media (such as air or water) are translated into a similar language for processing in the audio portions of the brain. Smell and taste pick up information from receptors that are able to read certain molecular data, and touch of various sorts is conveyed into brain language from tactile receptors placed all over the body.

The physical manifestation of what we call consciousness is this very electrochemical activity in the billions of cells of the brain: neurons firing. The sixth mode, redundantly labeled mental consciousness, refers to thinking, dreaming, remembering or every other human experience that is not directly transmitting information from the sense receptors in the present moment. It uses the entire brain as an organ of perception and any prior or present data as an object of awareness. Though its scope is considerably vaster than the sense consciousness associated with the other five senses, the mechanism of mental consciousness is essentially similar. A lot of neurons fire in a lot of very complex relationships.

This much science understands quite well—far better than the ancient Buddhists did. It forms a conceptual model of consciousness that suits the modern scientist as well as the classical Buddhist thinker. Our everyday experience is made up of moments of mental consciousness streaming together one after another. They depend upon and co-arise with the material basis of our brain structures, and together mind and matter form verbal, symbolic and imaginative patterns that appear to us as uniquely textured perceptions and feelings. The actual unfolding of these episodes of conscious awareness over time is conditioned by all sorts of habits, learned responses, personality traits and other causal forces that form metapatterns and give unique shape to each of our streams of consciousness. Here we have the classic Buddhist analysis of lived experience as expressed through the Five Aggregates.

But Buddhism is primarily a science of subjective experience, and as such goes well beyond such conceptual models to explore the inner landscape of consciousness using the meditative arts. What the ancient contemplatives discovered is that this wonder we call conscious awareness, though ubiquitous, is not something to be taken for granted. Even an ox uses consciousness to stumble through a forest without bumping into any trees, in much the same way many of us stumble through life. But humans have the capacity to bring special attention to this process of consciousness itself, to become aware of awareness, if you will. When we develop this ability in a disciplined and structured way, we can uncover some of the profound mysteries of consciousness.

As we learn to cleave to the immediacy of the moment’s experience by focusing on the bare knowing that is inherent in awareness, at whichever of the six doors it is arising in this moment, we begin to access a luminous power of the mind. This need not be construed as something sacred or transcendent, returning us to the soul or to a cosmic mind. It may be something as natural as anything else in the world, but its discovery gives a person an unmatched tool for transformation. When consciousness is seen to be simply the knowing aspect of all experience, then the extent to which our minds are embedded in and shaped by everything else around us begins to reveal itself.

Consciousness is shaped by all sorts of unconscious tendencies of mind and body, as are perception and feeling. This is natural. The important point is whether the ongoing construction of our virtual reality will unfold in a wholesome or an unwholesome way, whether we create our world skillfully or unskillfully. By learning to recognize all our states of consciousness as the contingent constructions they are, we loosen the tendency to identify with and cling to the various perceptions, feelings, intentions and habits that make up our selves and our world. Awareness becomes the means of freeing consciousness from its “defilements,” its unwholesome conditioning factors, and is thus the tool for liberating the mind from suffering.

This is what Buddhist insight has to offer the contemporary understanding of mind. Whereas science describes objectively how consciousness is bound to objects and organs of perception, and to illusions of selfhood and identity, Buddhist thought and practice describes subjectively how consciousness can be gradually purified and eventually freed from these limitations. This knowledge is precious and holds the promise both for individual happiness and for the evolution of our species beyond its current, all too obvious, shortcomings. 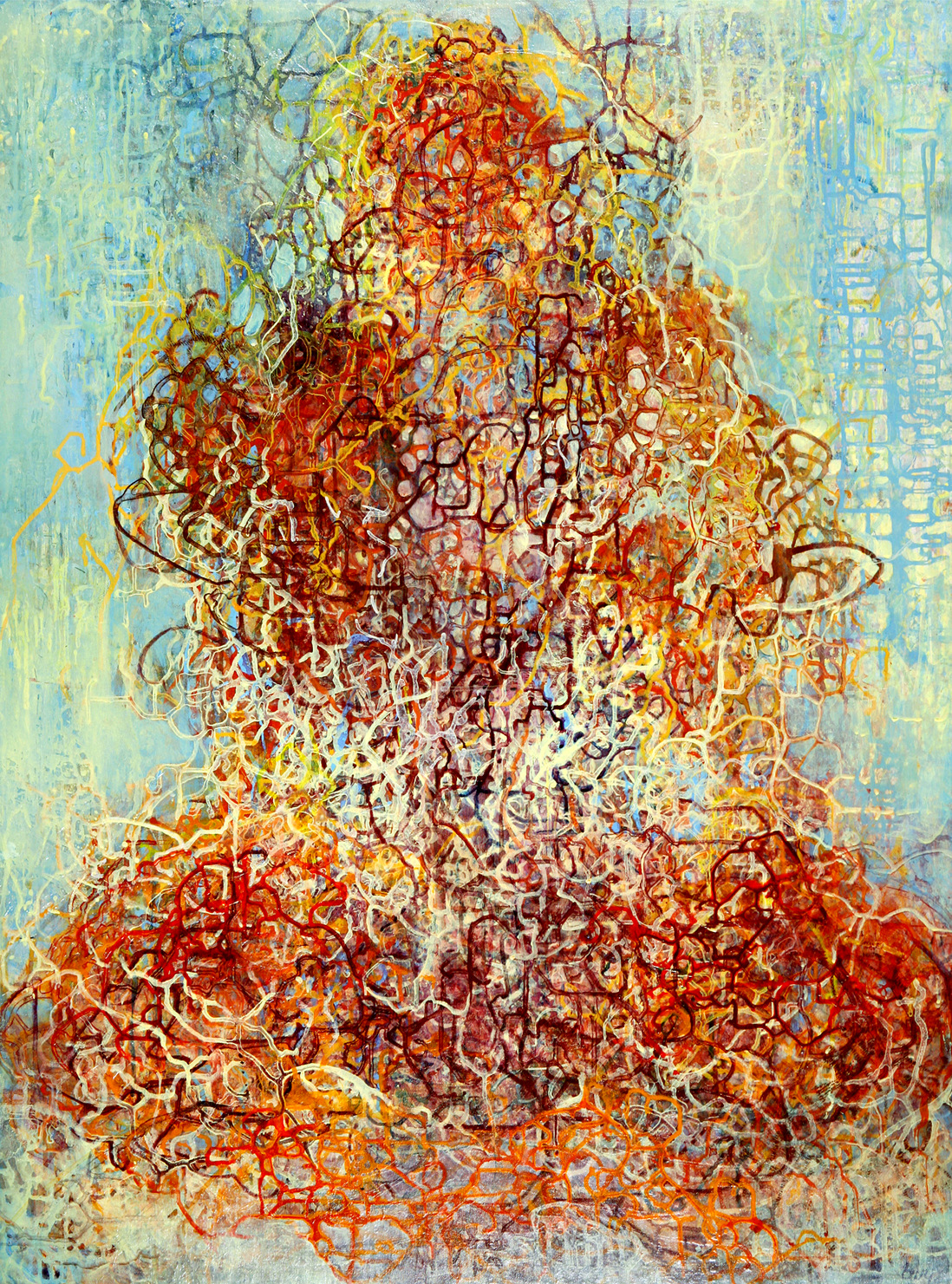 Andrew Olendzki is a professor of Buddhist Studies and founder of the Integrated Dharma Institute. He was the first executive director of the Insight Meditation Society, and helped to establish and develop the Barre Center for Buddhist Studies. He was trained at Lancaster University, the University of Sri Lanka and Harvard.

Andrew Olendzki is a professor of Buddhist Studies and founder of the Integrated Dharma Institute. He was the first executive director of the Insight Meditation Society, and helped to establish and develop the Barre Center for Buddhist Studies. He was trained at Lancaster University, the University of Sri Lanka and Harvard.