We need to understand how the self creates an identity through the help of our speedy, clever, anxious culture.

It is no longer enough simply to argue that our ills come down to personal delusion. We cannot allow conventional Buddhist teaching to ignore the social forces that fire up the individual. If the roots of greed are to be exposed, why not the consumerism that feeds them? If truculence and rancor, why not the aggressive, “in your face” culture that stokes up hatred and makes it socially acceptable?

The existential delusion expounded by the Buddha with regard to individual minds is today embedded in aggressive and acquisitive social structures and institutions. Over the last 2,500 years, the “three fires” of greed, anger and ignorance have created a society that would be considered pathological in an individual. Following the Second World War, Arthur Koestler concluded that “if one looks with a cold eye at the mess man has made of his history, it is difficult to avoid the conclusion that he has been afflicted with some built-in mental disorder which drives him towards self-destruction.”

Delusion (the sense of a separate, alienated “self”) is institutionalized through belongingness: identifying with a nationality, ethnic group, social class, gender and so on. We define our collective identity over and against “them,” upon whom we gratifyingly project our rancor. Every day the tabloid newspapers demonstrate how this works. Media operators and populist politicians have always found that stoking the three fires gets their followers going with a gutsy gratification. People will buy it or vote for it, as when the “race card” is played.

Society legitimizes and rewards those strong enough to build an identity through “standing out” or “making their mark,” however heartlessly some may achieve this. Today’s cult of celebrity is exhibited daily on television and in the society pages. Who doesn’t want his or her fifteen minutes of fame, or at least their picture in the paper? Book publishers and TV news magazines battle for the rights to publicize the stories of the day’s most notorious characters. Even schools and charitable organizations encourage this ego building by proudly announcing honor roll students and big-money donors.

The public face of our present highly individualistic culture is global free-market capitalism, today’s dominant ideology. And if free-market ideology is the theology of modernity, then consumerism is its popular religion: “I shop, therefore I am.” Consumerism inflames the ego’s appetites. Unaware human beings are insatiable animals. They experience as needs all those wants that lie beyond sufficiency. It is not so much the usefulness or other objective qualities of a thing or an experience that is desired. What really gratifies the hungry self is satiating the lust of acquisitiveness. What momentarily fills the sense of lack, the hollowness in the heart, is the feeling itself of the act of possession and what is signified—both for self and others—by the person, thing or experience that is acquired. This may variously be a self that has power, or culture, or style, or savoir-faire—maybe even a “green” image or spiritual credentials.

This consumer culture is the water in which we swim, but all it takes is a little abstinence to sense the addictiveness of consumerism and the lust for novelty. Through this understanding, the ordinary, the simple and the local can then become more accessible and enjoyable. But in a culture of acquisitiveness, abstinence itself becomes a subversive activity.

Acquisitiveness is always culturally mediated, and it helps to know how an acquisitive culture defines and fosters the root acquisitive urge in each of us. After all, there is no boundary between “social” and “personal” awareness; without an awareness of how our culture shapes our individual behavior and perceptions, we will remain impervious to the forces at work in the social arena.

There are contemporary Buddhist teachers who apparently deny the power of social structures. They still see society as no more than the sum of its members and social change no more than the sum of individual change. Yet the Buddha, who lived in a relatively simple society, appreciated the power of social conditioning. For example, in the “Kutadanta Sutta” the Buddha argues that widespread criminality and social disorder are best remedied not by punitive legislation but by skillful public subsidies to boost agriculture and trade and by employing adequately paid officials.

The extreme individualism of our era offers both promise and failure. On the one hand, modernity offers an unprecedented range of ways to evade reality, from techno-triumphalism to the narcissism of consumer culture and the mass media. But there is also in modernity an individualism of authenticity, integrity and autonomy. This has focused on the search for the quintessential “self.” But this search has increasingly been like that of Ibsen’s Peer Gynt, who peeled away successive layers of an onion only to find at last nothing! Now, Buddhism has arrived in the West with the message that it is instead through an awareness of “no self” wherein lies the potential for an “inconceivable liberation.” Thus, around this question of the self, there is now arguably a fruitful convergence between Buddhism and modernity.

Buddha taught the way out of suffering as well as its origins. Having seen that delusion is socially as well as personally embodied, we must now ask what a selfless society would be like. How can we shape a politics of compassion? Make no mistake: what is implied here is a revolution no less radical than the awakening of an individual personality.

Humanist and emancipatory modernity has indeed liberated millions from pain and deprivation by means ranging from improved living standards to representative democracy. But this process has been flawed, uneven and problematic. And it has now run into profound difficulties, from the personal to the planetary. All previous attempts to create truly democratic and mutualistic commonwealths have been capsized by ego agendas of power, greed and dependency, whether through the political institutions or economic engines that characterize our society. Radical social change must therefore be underpinned by a shift in the kind of people we are—men and women truly liberated to shape our own society without need of the discipline of state or market.

This shift implies the step-by-step creation of a whole social culture of awakening from the nightmare of a precarious fiction of self, so far sustained regardless of cost. As well as opening the traditional Third Eye of insight into the human condition, we must now open the Fourth Eye. This Fourth Eye sees clearly the suffering created socially and historically by that delusive human condition. And it sees the way out of that suffering. 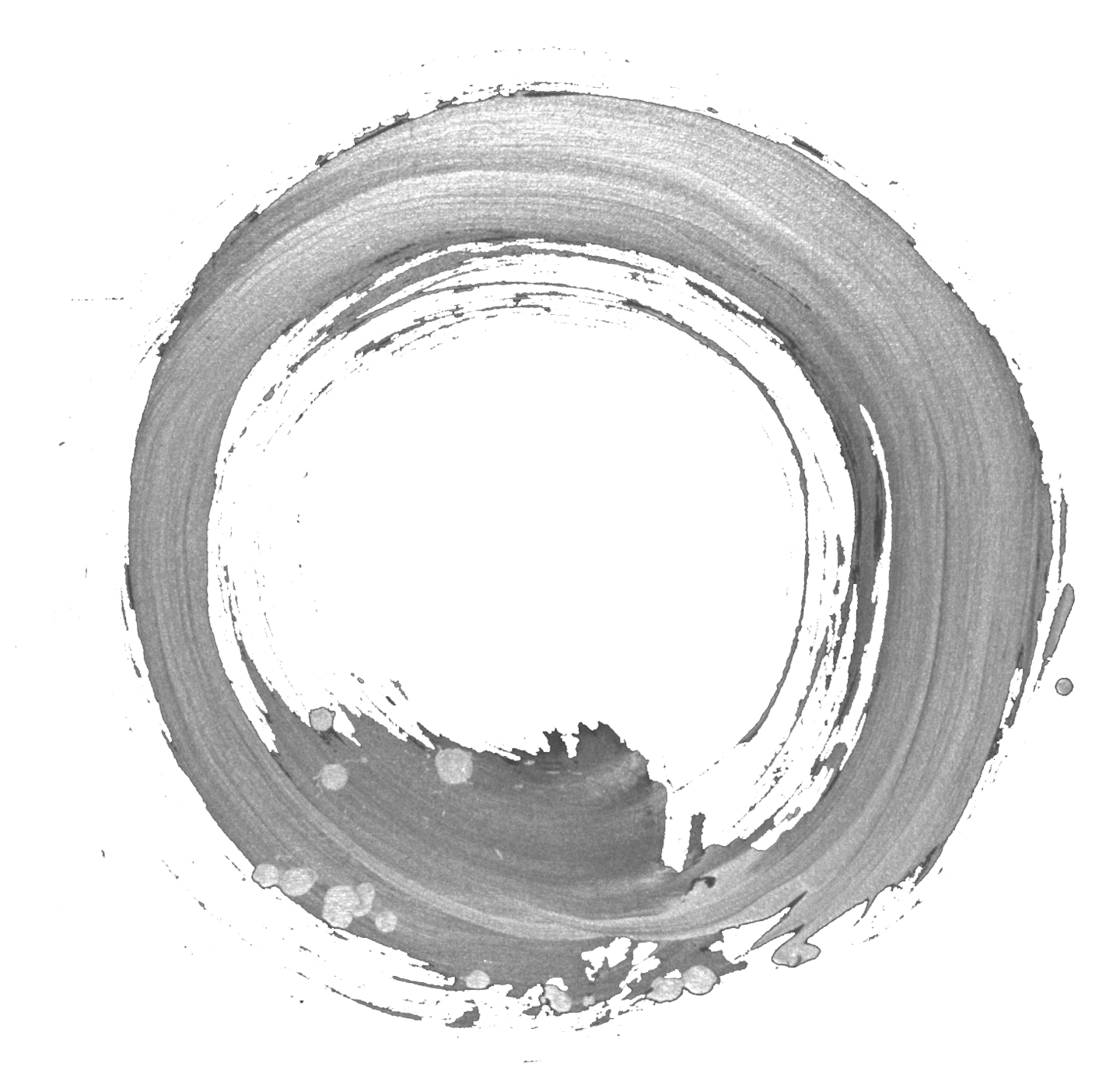 When this article was first published, Ken Jones (1930–2015) was secretary of the UK Network of Engaged Buddhists, a Zen practitioner of thirty years, and a lifelong social activist. For further reading, see his Beyond Optimism: A Buddhist Political Ecology (Jon Carpenter Publishing, Oxford, 1993).

Kazuaki Tanahashi is a painter and writer originally from Japan. A resident of Berkeley, California, he is a founding member of Plutonium Free Future and coordinator of Ten Millenium Future. His publications include Brush Mind and Moon in a Dewdrop: Writings of Zen Master Dogen.

When this article was first published, Ken Jones (1930–2015) was secretary of the UK Network of Engaged Buddhists, a Zen practitioner of thirty years, and a lifelong social activist. For further reading, see his Beyond Optimism: A Buddhist Political Ecology (Jon Carpenter Publishing, Oxford, 1993).

Kazuaki Tanahashi is a painter and writer originally from Japan. A resident of Berkeley, California, he is a founding member of Plutonium Free Future and coordinator of Ten Millenium Future. His publications include Brush Mind and Moon in a Dewdrop: Writings of Zen Master Dogen.