The Illusion of Free Will

If modern science is to be believed, then you and I are living under the illusion of free will. In spite of appearances, our plans and consequent actions do not originate within us but are the result of the universe acting through us. We do not have control over our deliberations or even our mind states—in short, no free will.

The consensus view in modern science is that every event in the universe—from the Big Bang to galaxy and solar system formation, from the evolution of life to the thought you are now thinking—is completely dependent either on a set of deterministic laws (including those that govern highly nonlinear and chaotic events like weather and human behavior) or on random chance (arising from quantum uncertainty). Marvin Minsky, one of the leading contributors to the field of cognitive science, states in Society of Mind that “Whatever actions we may ‘choose,’ they cannot make the slightest change in what might otherwise have been, because rigid, natural laws already caused the states of mind that caused us to decide that way.” There are a few physicists, such as Roger Penrose, author of Shadows of the Mind, who argue that some new physical law is required to explain human consciousness. Yet that still would not appear to explain free will but just add one more law to the existing set of natural laws.

Eastern philosophers have also generally held that free will is an illusion. The Taoists have great respect for natural law, advocating Wu Wei, a kind of non-self-oriented action that flows with nature. In Buddhist philosophy the question of free will does not even arise. As Walpola Rahula points out in What the Buddha Taught, “If the whole of existence is relative, conditioned and interdependent, how can will alone be free? Will, like any other thought, is conditioned. So-called ‘freedom’ itself is conditioned and relative.” In the Advaita aspect of Vedanta philosophy the “chooser” or “doer” is considered an illusion. Nisargadatta warns in I Am That, “The very notion of doership, of being a cause, is bondage.”

If we accept that free will is an illusion, it raises some serious questions. First, why do we have such a strong sense that we are the source of our conscious, deliberated actions? In his forthcoming book, Rationality in Action, philosopher John Searle wonders why, if free will is an illusion, we have evolved this complex and biologically expensive system for conscious, rational decision-making. One possible answer is that natural selection has played an important role. Perhaps early in our evolution those individuals who believed their actions were self-directed were encouraged to mold the environment to their benefit. This gave them a survival advantage over others who made no such effort. Even so, these favored individuals were nevertheless driven to act by environmental factors. They had no real free choice; they just acquired the mental trait of believing they had free choice.

In addition to this evolutionary explanation for the illusion of free will, there may be a cultural basis as well. That is, the idea of free will is part of the larger human illusion that we are the central focus of all creation. Consider the belief held until the early 1600s that the Earth was at the center of the universe. This belief was challenged by Copernicus, Galileo and Kepler, who put the sun at the center of our solar system and made our observations of the heavens much easier to explain. Although resisted by some at first, this new way of thinking gradually entered into mainstream thought.

Two hundred fifty years later Charles Darwin’s theory of natural selection removed humans from the pedestal of special creation. Nevertheless, many still believe that humans must occupy a special place in the evolutionary scheme, perhaps as the inevitable peak of evolution on Earth.

Recent discoveries suggest we should adopt a more modest view. As explained by Stephen Jay Gould in Wonderful Life, of the millions of species that evolved during the Cambrian period some 500 million years ago, only a tiny percentage still survive. There appears to be no good reason why the survivors succeeded, or why the extinct species failed. As Gould points out, we can think of the Cambrian period as a lottery; if it were to be held over again, the results would be very different, with the odds being trillions to one against vertebrates (and thus humans) evolving a second time. So we can stand in wonder that we exist at all and that we have the gift of consciousness to appreciate the universe around us.

The second question raised by accepting the absence of free will deals with moral responsibility. Although biological evolution in humans has not changed much over the last 50,000 years, cultural evolution has shaped the biological imperatives for survival into religious and civil laws. If there is no free will, are these laws meaningless? What happens to good and bad, reward and punishment? One answer is that even if we see free will as an illusion, we can still recognize the social requirements for ethics and morals. As Steven Pinker suggests in How the Mind Works, “Free will is an idealization of human beings that makes the ethics game playable.” The belief that individuals are free rational agents forms the basis for civil laws. Another answer from Buddhist and Taoist thought suggests that ethics is not in its essence a set of fixed rules or laws; it is our natural behavioral inclination. As Francisco Varela writes in his book Ethical Know-How, “The bodhisattva works without making any effort, just as the moon illuminates everything impartially.” Or as Wittgenstein proposes: “Ethics and esthetics are one and the same.”

Finally, there is the objection that since we think and act as though we had free will, what difference does it make if free will is an illusion? Won’t the end result of our actions be the same? We still deliberate, plan and carry out those plans. The difference here is one of perspective. The planning and subsequent action are not done by “you” but by the universe acting through you. We are in a play in which we are both actor and audience and there is no script; the play just appears. This may seem depressing at first, but there is a freedom that comes with letting go of being at the center of the action, letting go of being the “doer.” We realize that with or without free choice we will still experience all the joys and sorrows of living in the world. Our conscious experience, our awareness, is not dependent on being “free”; it just is.

In the end, we can embrace this paradox like a Zen koan: we can live our lives as though we have free will yet realize it is just an illusion. This may be the ultimate freedom. 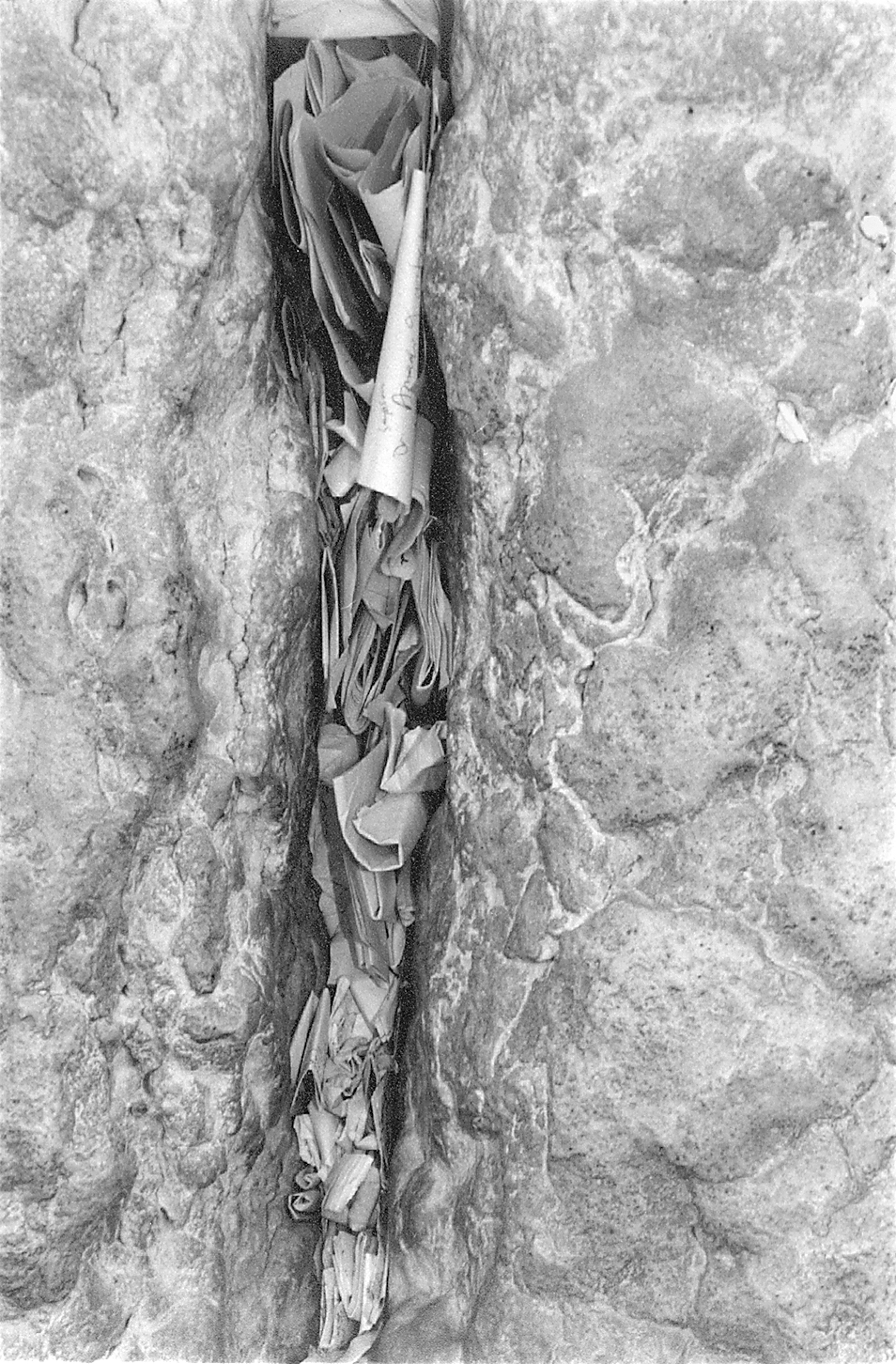 Robert Fraser was a Senior Scientist at Foresight Science & Technology, where he worked on the commercialization of new technologies. With an ongoing interest in the science of human consciousness, his research over several decades has been in the fields of physics, physiology, medicine and artificial intelligence. He has been a student of Eastern philosophy and vipassana for more than forty years.

Hozan Alan Senauke is vice-abbot of Berkeley Zen Center and founder of the Clear View Project, developing Buddhist-based resources for social change. From 1991–2001 Senauke was executive director of the Buddhist Peace Fellowship. He is on the Advisory Council of International Network of Engaged Buddhists. He has also been a student of American traditional music for five decades. Senauke was Inquiring Mind's guest editor for the Spring 2014 issue, "War & Peace."

Robert Fraser was a Senior Scientist at Foresight Science & Technology, where he worked on the commercialization of new technologies. With an ongoing interest in the science of human consciousness, his research over several decades has been in the fields of physics, physiology, medicine and artificial intelligence. He has been a student of Eastern philosophy and vipassana for more than forty years.

Hozan Alan Senauke is vice-abbot of Berkeley Zen Center and founder of the Clear View Project, developing Buddhist-based resources for social change. From 1991–2001 Senauke was executive director of the Buddhist Peace Fellowship. He is on the Advisory Council of International Network of Engaged Buddhists. He has also been a student of American traditional music for five decades. Senauke was Inquiring Mind's guest editor for the Spring 2014 issue, "War & Peace."