Compressing Eons of Lifetimes into One: A Vajrayana Perspective on Impermanence

Recognizing impermanence is a crucial first step in breaking down the substantialization habit of the ego, which thinks that you are a fixed entity who is going to live forever. To erode this illusion, you must viscerally know about impermanence (anicca) before you can understand the suffering inherent in all experience (dukkha), or before you can begin to comprehend selflessness (anatta).

Meditation on death is a core practice in all Buddhist traditions and focuses on what are called “the three roots.” The first root is the certainty that you will die and includes meditating on yourself as dead. You imagine your body as a bloated corpse going through different stages of decay, in the process deglamorizing the physical body and loosening your attachment to it. You also reflect on your inability to maintain your identity: the inevitable loss of your memory, your relationships, and all the other things you think you own. In other words, during meditation on the first root you imaginably subtract yourself from the universe.

Meditation on the second root is recognizing the uncertainty of when you are going to die and the fact that it could take place at any minute—possibly while you are reading this article. You see that young people sometimes die before old people, that healthy people die before sick people, or that those who live in a supposed safe situation can die before those who live in danger. When you recognize that death is totally unpredictable, you must confront what is called “the immediacy of death,” which you then attempt to embrace. Once you can embrace the immediacy of death, then all sorts of time-wasting, energy-wasting attachments begin to drop away: attachments to possessions, status or identity.

The third root is the idea that at the moment of death the only thing that will be of benefit to you is the dharma you have integrated, the wisdom and perspective you hold in the marrow of your being. The dharma referred to here has nothing to do with doctrines, because you won’t be able to remember words at the moment of death; you won’t know the English language, the Sanskrit language, or the Tibetan language. All of that will vanish with the coarse mind. What will be with you is the mental stability you have developed through meditation—the wisdom you have gained, meaning acceptance of the nature of reality; the openness of mind and heart you have acquired through the generosity of having given gifts; the sensitivity to others you have developed by focusing on their interests rather than your own; and the resilience of mind you have achieved by cultivating patience and tolerance.

These meditations on the three roots are essential Tibetan Buddhist practices, which come, of course, right out of the Pali Canon. It is interesting to note that in the Tibetan analysis of the Pali Canon, the most fundamental theme is considered to be the preciousness of human life. Before you start looking at the impermanence of your life, you must first appreciate the embodiment that you have, with your critical human abilities to be self-reflective, self-transcending and compassionate. These incredible human faculties do not exist among the gods, animals or hell beings. You begin to reflect on what an immensely valuable embodiment you have as a human, and furthermore, as a human with access to the dharma. In this way, you develop some self-esteem and self-confidence before you start looking at impermanence and death. Those who start out meditating on impermanence and death have a tendency to get depressed and nihilistic. But if you can link the moment-to-moment awareness that comes from meditating on impermanence with a simultaneous sense of the extreme preciousness of any single moment of human awareness, then the intensity is channeled in a positive and creative direction.

The Buddha was very sensitive to the possibility of people getting depressed by their insights into impermanence or the suffering of existence. In the Sarvastivada Vinaya, the Buddha warns his followers against meditating exclusively on these characteristics. He did this after a group of monks hired a bandit to kill them, one by one. They had gotten deep into meditations on impermanence and the hell realms and become very depressed. Instead of committing suicide—there was a proscription against killing themselves, and they were also a little scared to do it—they hired a hit man to sneak up and do them in, a kind of mad Jack Kevorkian scheme. The Buddha expelled those monks from the order posthumously for having committed suicide, which is breaking the vow against taking life. This incident caused a big debate: first, since they were dead already, why bother kicking them out of the sangha; and second, did they really commit suicide when another person killed them? But the Buddha said that the monks had to accept the karma for their own deaths. He also said that the monks’ error was in not fully realizing the value of their human incarnation.

So the Tibetans first emphasize the preciousness of human life and follow with the theme of impermanence. For the same reason, it is important to meditate on impermanence before jumping into the theme of suffering. First you begin to melt the inner feeling of durable solidity, which is the coarsest level of the self habit. If you plunge right into the ocean of suffering, it is too overwhelming to the core feeling of self, and there might be some sort of backlash.

In the Vajrayana tradition there are some wonderful ways not only to practice but to celebrate impermanence. For instance, during a ritual, when you rattle the little drum called a damaru, on one level you are reminding yourself of impermanence, and at the same time you are summoning the dakinis to come and celebrate it. You are beating the drum of dharma. Preferably, it is made from a skull, so you are embracing the immediacy of death as you celebrate impermanence. Of course, everything you do in tantra, or Vajrayana practice, has multiple meanings, multivalence.

There’s another quite fascinating way that to look at impermanence from a Vajrayana perspective. In the Mahayana, you must live three incalculable eons of lifetimes accumulating merit and interacting beneficially with trillions of living beings in order to create the Buddha Land for all. The Vajrayana, on the other hand, says, “I can’t stand to wait billions of lifetimes to liberate everyone, including my billions of mothers.” But since you can’t simply cancel your karma or the evolving you have left to do, the only solution becomes compressing all those lifetimes into just seven or sixteen lifetimes, or even a single lifetime. Therefore, in the Vajrayana, when you enter the bardo, that state between death and birth, you can die many, many times. For instance, Milarepa would die maybe a thousand times in one night in a cave, in one samadhi. During each of the lifetimes he went through during that one meditation session, he would perform the ultimate self-sacrifice, giving away his life and body, his eyes, whatever was necessary. He would go through the karmic equivalent of a thousand lifetimes in one meditation session.

In some sense, therefore, impermanence is the very bloodstream of the Vajrayana. Impermanence is what makes possible the collapsing of a life into a moment, or thousands of lifetimes into a single meditation session, so that you can experience death and rebirth in every single moment.

For these practices, the Vajrayana works with the subtle mind-stream. You can have a dream tonight in which you are flying over Vietnam during the war in a big spaceship, swallowing up all the B-52s before they drop their bombs, swallowing up the pilots without hurting them, and saving all the villages. But then you reach a point where you have to reveal yourself, maybe to show the pilots that you are not some aggressive superpower, so you surrender your own life in some way. Then you wake up and realize that you died in that dream. Even though you were just dreaming, you gained the merit in your subtlest mind-stream.

You can practice that kind of sacrifice in your dreams, and as you develop more sophisticated samadhi, you can do such things in millions of different circumstances and millions of different ways. Imagine that you’ve become a buddha. Suddenly, you come face-to-face with a mad gorilla, a tiger, a man-eating tarantula, and a tyrannosaurus rex one after the other. They are all beings who live by the rule of eat or be eaten, and they want to pounce on you. Instead of being frightened or aggressive, you smile and offer to feed yourself to them, causing something to dawn in their minds at the subliminal level. As a buddha, you have to be able to do that with every being you meet. You rehearse through the subtle mind practices of Vajrayana, which are based on a belief in the ultimate impermanence and transformability of every life form.

Finally, one of the deepest practices of impermanence in the Vajrayana is to enter your own subtle body, the subtle nervous system of tantra, where each moment contains the universe and all of evolutionary causality. It is to unravel the seventy-two thousand knots of the energy channels and open up to the pure flow of bliss. It is like the satipatthana body scan of the Theravada tradition, where you melt the sense of a rigid structure in the body. As you feel it dissolve, you begin to realize great relief and even bliss. That is why monks and yogis in the forests and retreat caves are having such a great time. They are opening up the neural, Reichian armoring and feeling the bliss of the flowing energies. In the deepest practices, we find that impermanence becomes bliss and freedom. In the end, impermanence means that we are transformable, and that is central to all of the Buddha’s teaching. 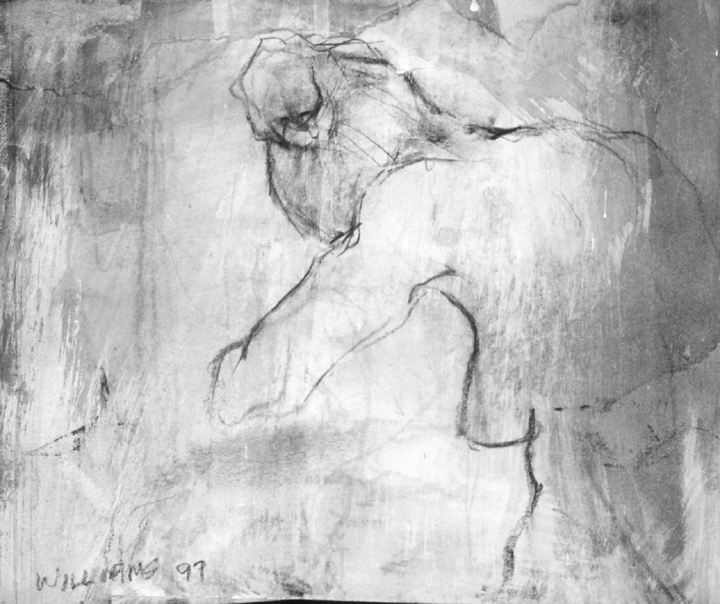