An Awakened Response to Violence: Natural Purity of the Mind

At the time when these teachings were presented—during a meditation retreat in California—people throughout the nation were shocked by events of both national and international violence. The U.S. military was bombing Yugoslavia, and in Littleton, Colorado, two students viciously gunned down dozens of their high school classmates. This article is adapted from a talk given at Spirit Rock Meditation Center in April 1999. American-born Ajahn Sumedho, a monk of over 30 years, is abbot of Amaravati Monastery near London and the senior Western student of the late Thai meditation master Ajahn Chah.

Those who live in awakened awareness see the suffering of others—the unhappiness, the misery, the unfairness, the corruption, the horrors of life. We’re not blind to all of this, but we do not create additional sorrow, despair and anguish around our contact with these common human experiences of life’s inevitable suffering.

I have been asked how to relate to the violence in Yugoslavia, where people are performing horrific acts. The questions immediately arise: What can we do about it? How should we regard this? The answer, of course, is mindfulness. With mindfulness, we still feel what is impinging on our mind as unpleasant, ugly, unfair or horrific, because that is simply the way it is. But now we have the opportunity to choose how we respond.

Usually, we just react. When we hear bad news about violence, about brutality and corruption, about the persecution of innocent people, we usually feel indignant or outraged. We want revenge, to punish the tyrants and those perpetuating these indignities on others. This is our conditioned reaction—when we hear bad news, we feel angry; when we hear good news, we feel happy. We don’t have much of a choice in the matter because this is how we are programmed to react.

When we are mindful, we can respond instead of react. With an awakened mind, based in right understanding or right view, we can liberate ourselves from the momentum of habit and reactivity. We can respond to the various experiences we have in life with wisdom and compassion. When we are mindful, we enter the natural state of the mind, which is pure and unconditioned.

The four Brahma-viharas are the natural responses that come from this purity of mind. They are not created. That is, we don’t try to feel compassionate through conjuring up ideas of compassion or sentimental attitudes about love. Compassion, or karuna, is the natural response to the misfortunes, unfairness and atrocities that we see or hear about.

The Brahma-vihara of metta, generally translated as lovingkindness, is our response to the conditioned realm, a patient acceptance of everything, whether good or bad. Accepting the good is not so hard, but it is quite difficult not to hate the bad and seek revenge. Metta is not approval of the bad. It doesn’t mean that we remain ignorant or refuse to look. When we are in that state of pure attention and awareness, then we are not compounding the bad with hatred or the desire for revenge. Metta is responding with kindness and patience, without getting caught up in our habitual emotional reactions to repulsive or unpleasant experiences.

Mudita, or sympathetic joy, is the spontaneous response to the beauty and goodness of the world we live in. Upekkha, or equanimity, is a state of composure and emotional balance. It is the ability to know when it’s time to do something and when there is nothing that can be done. The Brahma-viharas are called the divine abodes. They come from the purity of the mind. They are not personal qualities; they are universal.

When we confront the corruption in society, the devastation of the environment, the genocide, the exploitation of the Third World, the unfairness that is part of every political and economic system in every country across the entire planet, we all have strong feelings. If we approach the state of the world on an emotional level, it’s just too much. There’s always so much more to get angry and indignant about. And the situation doesn’t seem to be getting any better. So what can we do? How can we help? How should we respond to the situation in Yugoslavia? Or in Colorado, or Sierra Leone, or Northern Ireland?

There are many ways we can help, and one thing we can do right now, sitting here at Spirit Rock, in this seat, at this moment—one thing that will benefit all sentient beings, not just me, not just Yugoslavians—is to maintain awakened awareness. This is not something we need to put off until after the retreat, next week, next year. It is helpful right now—to the Serbians, the Albanians, the Kurds and all those in all the other places on Earth where ethnic battles are taking place.

How do I know this is helpful? Because I know that the simple act of awakened awareness is a way of transcending all our ethnic and cultural conditioning, our biases and prejudices, our karmic tendencies. Where we’re in a state of awakened awareness, we’re touching into a universal reality, a natural purity that connects us to all beings everywhere. Each one of us has the power to pay attention, wake up, listen and be receptive. That much I can do, right now.

This is important to realize, otherwise we might sit here thinking, “I can’t do anything,” or “I’m here on retreat at Spirit Rock, a very nice place with very good food, while all those people are being slaughtered in Yugoslavia, and my country is bombing that country, participating in the slaughter.” We might worry about it, hating and blaming, winding ourselves up in anguish and despair, doubting our ability to help in any way. We may even begin to think that what we are doing here is useless, indulgent or not for the welfare of anybody. Sitting on a cushion meditating can look like we’re shutting down.

It is possible that some of us might be shutting down. But what I’m recommending, and how I experience meditation, is as an opening up of the heart and mind. As we open, we move beyond our personal karma and the sense of self-importance that goes along with it, learning to relax and surrender into the state of pure, attentive awareness. We enter into a universal reality rather than living out of our personal habits. From this state, we can spread lovingkindness, compassion, sympathetic joy and equanimity.

This way of responding to the suffering in the world is very “grassroots.” Each one of us is a blade of grass. We want all the blades of grass on the planet to be healthy, but it can seem overwhelming. There have never been this many people on this planet in the known history of human civilization. The mind boggles; it can’t cope with so many blades. But this one blade of grass is something I have some control over. This one conscious being is something I can work with. We each reflect the potential for all human beings to become buddhas. We each reflect the potential for all human beings to live in a state of awakened awareness, channeling the Brahma-viharas through our human forms, acting with compassion and expressing love and joy.

We’ve seen this potential for awakening realized in various teachers, in people we know, or in people we’ve heard about through the ages—the saints and bodhisattvas, the sadhus and enlightened beings, human beings like ourselves who have realized their natural purity to become channels of compassion. I’ve experienced it with my own teacher, Ajahn Chah, one little monk from a remote corner of Thailand. He wasn’t a prince or an aristocrat but a man from a rice-growing peasant family. Through his own faith and efforts, he was able to free his mind from selfish intention and delusion, revealing the potential we all have as human beings. Yet he wasn’t living in an ivory tower. He was a very realistic, practical person, aware of injustice, corruption and social problems. His response was always one of compassion to the suffering of others. Through the power of metta, karuna, mudita and upekkha, he affected millions of people.

Those of us who grew up during the Second World War were certainly aware of genocide and slaughter. We thought, once the war is over we’re going to have peace. But it keeps going, doesn’t it? Where I live, in the UK, we still experience the effects of hundreds of years of indignation, anger and resentment between Protestants and Catholics in Northern Ireland, a whole list of wrongs to which each side clings. Where does it end? Where can it end? Even after meetings, conferences and formal forgiveness ceremonies, hatred is still latent within the hearts of human beings. We’re culturally conditioned; we acquire the twisted and perverted biases of our own ethnic groups. I’ve never been anyplace where there hasn’t been somebody to hate, some group at the bottom of the pile. “They’re the stupid ones!” “They’re the country cousins!” “They’re the evil empire!” The tendency of the human mind, the conditioning of the mind, is to blame our suffering on another group.

The Buddha’s teaching points to the realization of the pure mind beyond cultural or religious conditioning. If you described this on a television talk show, viewers would probably think, “That’s pretty boring. Aren’t there any stories about bad monks committing scandalous acts?” But the simple act of living in awakened awareness is very powerful and worthy of great respect. And this power is universal. By learning to let go of our conditioned reactions to violence and hatred, all of us can learn to respond with the natural purity of the mind. Awakening our minds allows us to get beyond the conventions of race, religion or culture and our tendencies to blame and react with violence ourselves so that the power of love and compassion can arise unimpeded and spread.

It’s up to us to realize this for ourselves. I’m not asking you to believe me but to try it out, to begin to awaken yourself to this realization. 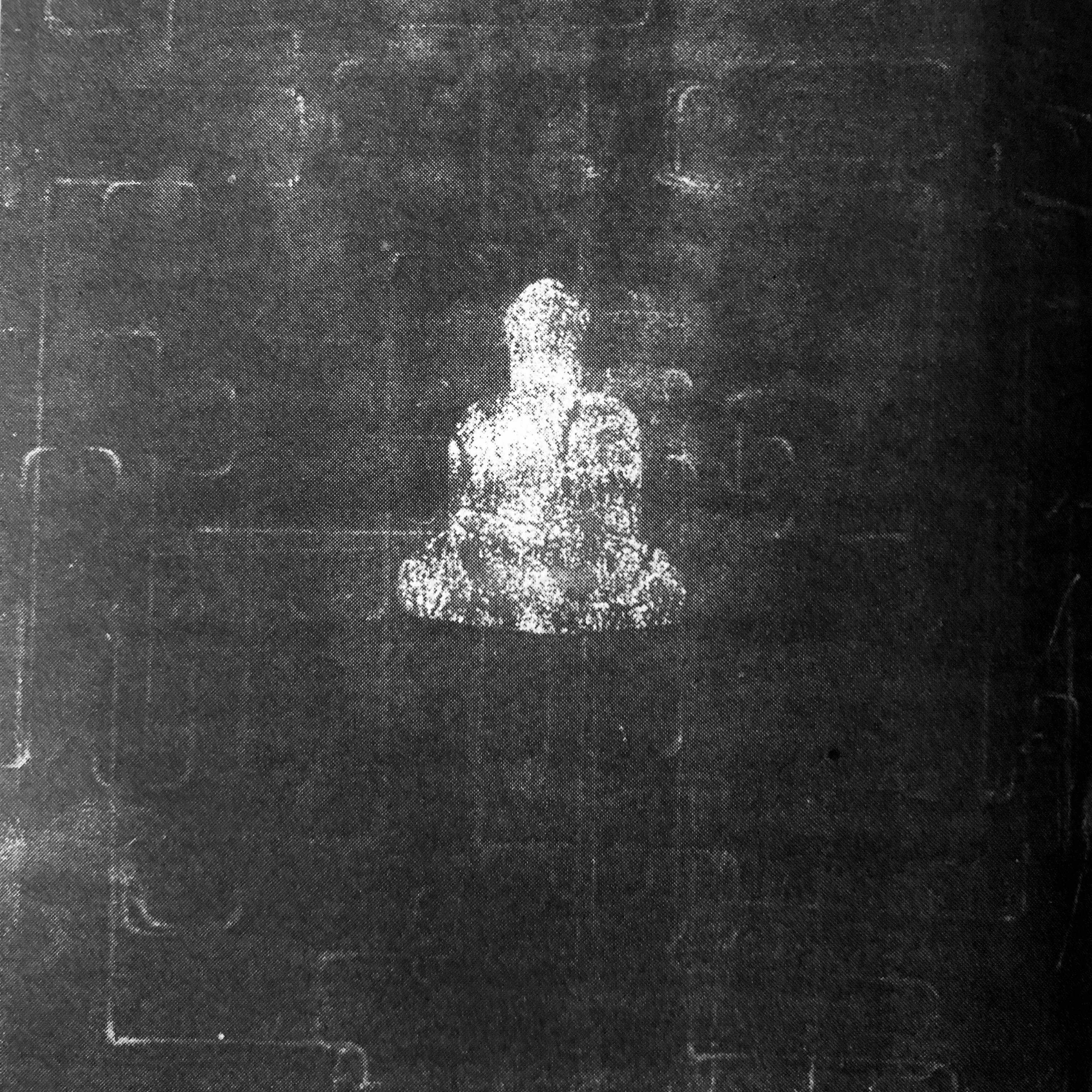 Born in Seattle in 1934, Ajahn Sumedho became the senior Western disciple of the Thai forest master Ajahn Chah, ordaining as a bhikkhu in Thailand in 1967. He was abbot of Amaravati Monastery in England from its founding in the early 1980s until his retirement in 2010.

Born in Seattle in 1934, Ajahn Sumedho became the senior Western disciple of the Thai forest master Ajahn Chah, ordaining as a bhikkhu in Thailand in 1967. He was abbot of Amaravati Monastery in England from its founding in the early 1980s until his retirement in 2010.